As you may already know CPC is the price model when there you pay only for clicks on your ad. One of the lowest minimum CPCs on the market is $0.003 offered by RichPush, a push traffic ad network. However, the bid will not always stay at its minimum level and may vary significantly depending on the GEO and verticals you target.

Tip: To decrease your CPC without any loss in conversion, RichPush suggests using a feature called SmartCPC. It buys clicks at the cheapest price possible, lowers average CPC, and saves your budget to buy much more clicks.

In turn, RichPush Insights analytics tool helps you decide what to target. You can follow what is popular in a particular country right now, current CPC rates by country, verticals, devices, and more as fully described below.

This guide shows you the Average CPC, Clicks by GEOs and Devices for one of the most popular verticals for push advertising: Sweepstakes.

It’s covered almost 20% of all clicks during the last half a year:

The Average CPC for Sweeps is $0.0122. Nevertheless, there is always a chance to make a CPC lower: activate SmartCPC on the one hand and vary target GEO and Devices on the other hand.

Clicks and AvgCPC by GEO

No doubt Average CPC changes significantly from country to country.

It makes sense to set the goal at once: target the most popular GEO for your vertical or check where there is no competition for it. 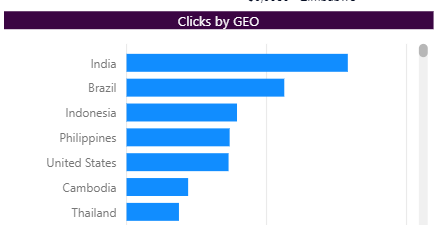 Tip: You can check the time when AvgCPC in certain GEO drops and buy traffic for a cheaper price.

As an example, for Sweepstakes it looks as follows: 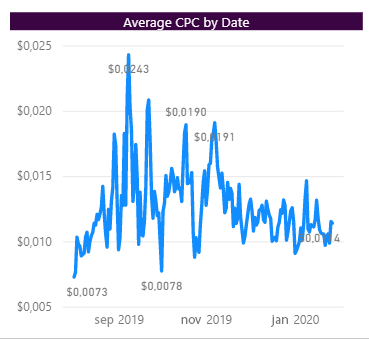 Clicks and AvgCPC by Device

Most clicks on Sweeps offers come from Mobile devices: almost 90%. By the way, this tendency works for most offers. 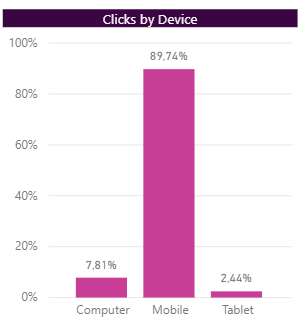 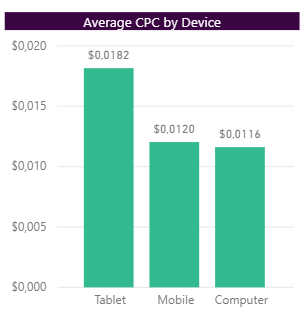 The AvgCPC for mobiles equals $0.012 – you can see that on the more detailed graphs below.

What else RichPush Insights let you know:

It seems as though B2B marketers have been stuck with the same ad channels for a while now. Digital ad efforts have been limited to the likes of paid search and social media advertising. And while those channels may be effective, they carry some limitations that keep B2B marketing strategies from evolving. Recent studies show […]

The rise of social media has led to the prominence of a relatively new marketing channel – the influencer. Through their relatability and niche audiences, influencers have become a key pillar of marketing strategies that can develop strong brand relationships founded on trust and authenticity. Influencers have lot of value to offer brands, including brand […]

Good morning, Marketers, and Marketing Ops professionals of course. My old buddy Scott Brinker went controversial on LinkedIn this week, and for me the timing could hardly have been better. “Marketing = Ops,” he wrote, which certainly made me blink. He did go on to explain: “Brand makes marketing. Customer experience (CX) makes brand. Ops […]

Good morning, Marketers, and have you tried being a consumer lately? It’s something we all have to do when we need to buy something. And it’s a great way to see data at work. I recently moved and was looking to purchase a new TV. I chose to buy from a national retailer and decided […]

As part of the launch of MarTech’s Email Marketing Periodic Table, we are highlighting key chapters of the report. If you would like to check your own email strategy against the elements of good email optimization and deliverability, download the full periodic table today. The content provided within the email is just as important as the […]

As PPC management becomes more automated, there are some tricks for setting your campaigns apart from everyone else who has access to the same automation tools. Everyone can now get average results thanks to machine learning, but if you’re aiming for stellar results, that requires knowing how to collaborate with the machines. One way to […]